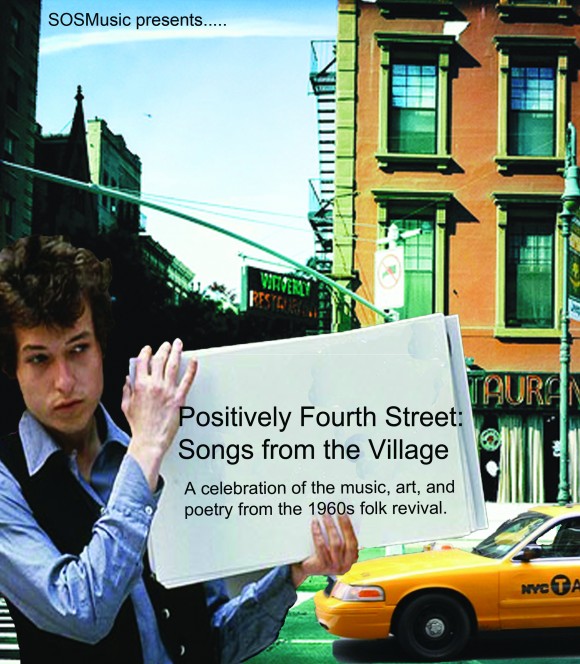 Positively Fourth Street celebrates the music and art that flowed out of New York’s Greenwich Village in the early 1960s.

Some of the world’s finest, most provocative, most lyrical and poetic music came out of the melting pot of Greenwich Village where artists such as Paul Simon, Bob Dylan, and Joan Baez cut their teeth in the folk clubs and bars during the 1960s. Positively Fourth Street, a multimedia show, celebrates all of these artists and many more. With footage from the time, stories around the songs, as well as the songs themselves, this is a trip back to a time when music was in the cafes, and revolution was in the air. 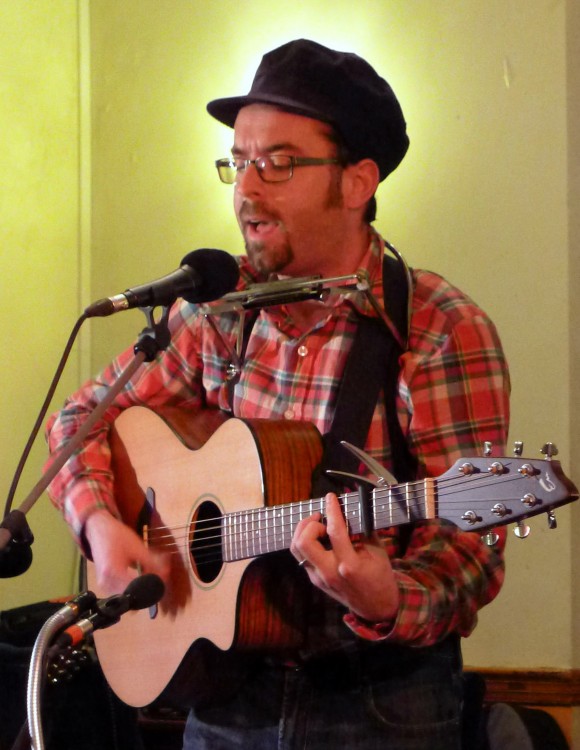 Ben Bowden is a seasoned performer who has played all over Europe in various bands and groups. He currently plays Paul Simon in the touring show The Sounds of Simon. He has a deep interest in music from the early 60s, especially Bob Dylan, Paul Simon, and Phil Ochs.

Suddenly it’s 1964, the Village, and you’re crossing Bleecker Street, carrying a newly bought copy of Another Side of Bob Dylan, running into Arlo Guthrie in a bearskin coat in the snow, meeting Ric von Schmidt in the lobby, all of you going across to the Bitter End to hear a new cat called Gordon Lightfoot.

“Expert.” BBC The One Show
“World class.” The Times.
“A musical feast.” Chris Lloyd (Talon: The Best of Eagles)