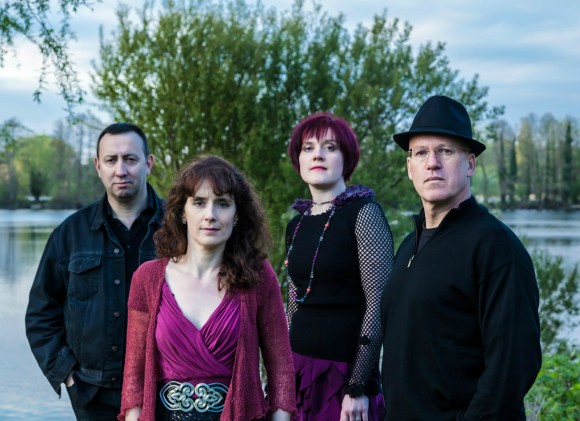 Kara are an up-and-coming folk band from Hertfordshire. With Daria Kulesh on vocals, Kate Rouse on hammered dulcimer, Ben Honey on guitar and Gary Holbrook on accordion, they combine original material with Russian and British folk for a rich mix of songs and tunes.

Kara means many things in many languages: black in Turkish, punishment in Russian, and caramel pancake in French. Darker themes do thread through their material but there is a balance of light too (as much as can be expected with a Russian-born lead) and the striking instrumental line-up allows for a wonderful ambient, cogent sound both acoustic or with PA. From haunting mythical lullabies, to foot-stomping Russian dances and distinctive new material, KARA will deliver a spirited and warm performance.

Kara’s debut album, Waters So Deep, was described by The Telegraph as having “Plenty of originality… The influences range from Russia, England, Ireland, and France and the energy on Waters So Deep is impressive. An interesting debut.”

Jack Marshall is a modern folk and blues writer-performer from Audlem,Cheshire.  His songs are variously poignant, elegant, infectious and foot-stomping. He will be accompanied by Kirsty Marshall on close harmonies.

Here they are performing at Audlem Music Festival 2013