Hicks and Goulbourn, who first met in 2007, are becoming an established act on the folk and acoustic music scene.  Their music is characterised by pure acoustic tones, reflective lyrics, well crafted arrangements and intricate, complex guitar work. Whilst the genres in their typical sets are wide-ranging there is no compromise in quality and their live performances are interspersed with engaging anecdotes and humour. 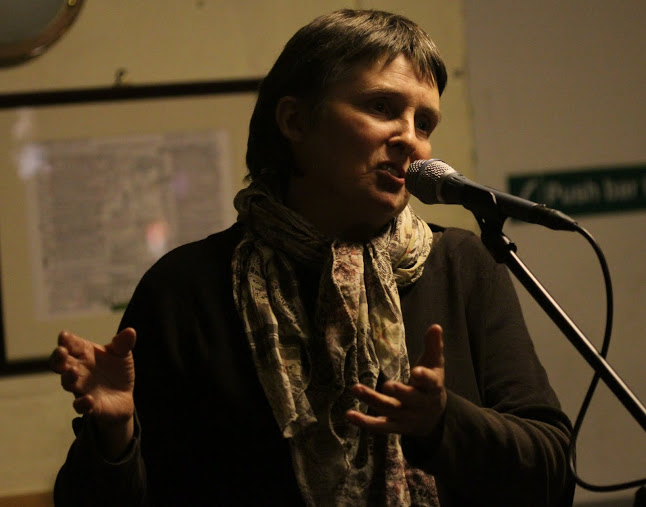 Lynn was drawn at an early age to the smooth harmonies of Crosby, Stills and Nash and The Beach Boys and the melodic tones of James Taylor and Joni Mitchell, the sound of Motown, Stevie Wonder and Diana Ross.  Later influences included Steeleye Span, June Tabor, Annie Lennox and Indigo Girls.

Singing has been a passion throughout Lynn’s life. More recently she has enjoyed attending vocal and challenging harmony workshops in Cumbria and Shropshire, led and inspired by Maddy Prior and Abbie Lathe.

Steve is drawn to instrumental music and, as he calls, it “strangely beautiful, weird and difficult stuff”.  His favourite or most influential artists include Moondog, Dusan Bogdanovic, Eric Dolphy, Kronos Quartet, Harry Partch and Alan Hovhaness.

Steve is also a qualified luthier specialising in early and modern fretted instruments.  Hicks and Goulbourn perform and record with guitars built by Steve.

Here they perform “Gone are the Cobles”: