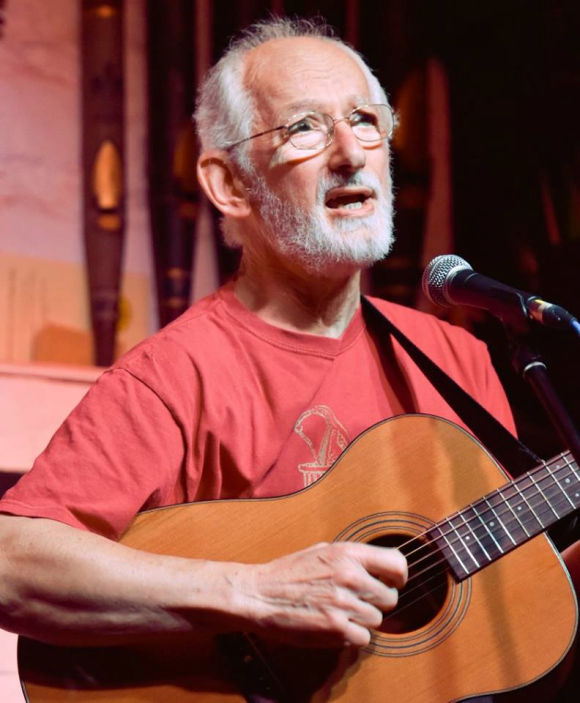 Mike Scott is a singer and songwriter from and very much in, the West Country. TwickFolk encountered Mike at the Village Pump Folk Festival, however when approached about appearing at The Patch, Mike’s first words were “I don’t tend to travel East of Cheltenham”. Which shows great wisdom. Nevertheless, perseverance (and a promise that there are no longer dragons within the M25) has paid off and Mike will be joining us for the final TwickFolk gig of the year. 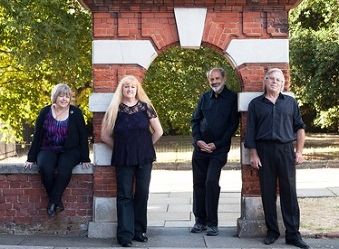 Morrigan are a four piece acapella folk group from South London. Their close harmony singing creates a stunning sound that has won much praise. Last year they sang as support for Les Barker, and we’ve brought them back for a longer set this year

In mythology, the Morrígan’s earliest written appearance is in the stories of the Ulster Cycle. She first appears to the hero Cuchulainn, who catches her attempting to steal one of his cows. The Morrígan is said to wash the bones of the dead in battle and appears as a black crow.

This Morrigan adopted the name when they first sang as a female trio. The current four piece group adding male voices was formed in  2010 having known each other and played together for over 20 years through mutual involvement in ceilidh bands, folk singing, morris dancing, theatre and music education.

Here’s a couple of songs from Mike, and you can listen to his last few albums on his web site.
As he says about himself…

I am well into my seventh decade, and for the last three of those seven, I have been writing and singing my own songs. I can be most often found on the folk club scene in the West of England, with occasional forays into Art Centres and small concert venues.
I still consider myself to be learning my trade, the best I can hope for is that my songs either amuse or disturb, you will not find many answers in them, but I hope they might pose a few pertinent questions, and I hope you like one or two.

And a couple from Morrigan: