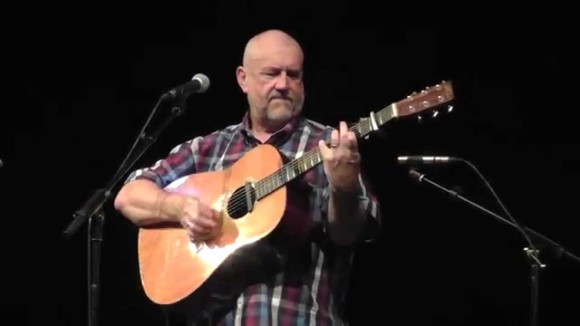 Geordie singer and guitarist extraordinaire Bob Fox is among the most respected people on the folk scene. Twice nominated as Folk Singer of the Year at the BBC Folk Awards, Bob has long been a favourite on the live circuit.

In the late 70’s he emerged in an award winning duo with Stu Luckley and since then has formed an equally inspiring partnerships with ex-Lindisfarne singer/songwriter Billy Mitchell. He’s also founder of the Pitmen Poets, featuring another TwickFolk regular – Jez Lowe.

In recent years Bob has won critical acclaim for his performance as ‘Songman’ in the National Theatre’s popular stage production of Michael Morpurgo’s ‘Warhorse’.

After 40 years in the business, he’s still breaking new ground but this evening is a chance to hear Bob perform solo, up close and personal.

Here’s Bob performing a song from Warhorse at TwickFolk in 2013:

This is from Harrogate Theatre in May 2015: