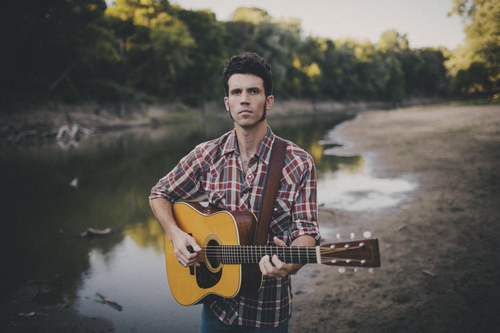 Ben Bedford draws on American history for many of his songs, which have have a strong sense of time and place.

Ben’s songs tackle scenarios including homelessness, the plight of a Confederate soldier’s wife during the American Civil War, the aerial triumphs of Amelia Earhart, the life of Jack London, the murder of Emmett Till in 1955, John the Baptist, the poet Vachel Lindsay and the 1973 standoff between members of The American Indian Movement and federal agents on the Pine Ridge Reservation. His songs are rich in sensory detail which allows the listener to hear, see and feel each narrative.

Here’s Ben performing “Land of the Shadows” , the title song of his second album:

“Beautiful and unusual songs that take the listener to the heart of the matter” – Diana Jones, singer-songwriter

“The Illinois songwriter is a masterful storyteller who can turn what seem like obscure historical references for engaging tales rife with vivid, stark imagery” – Erik Ernst, The Milwaukee Journal Sentinel

Starting very young and having already performed at Nashville’s iconic Grand Ole Opry by the age of 12 and 15, John and James Abrams are the fourth generation of professional musicians in their family. The Abrams come from a strong tradition of Bluegrass and Americana music, and have since created a signature sound that brings Country, Rock and Pop all together in one place.