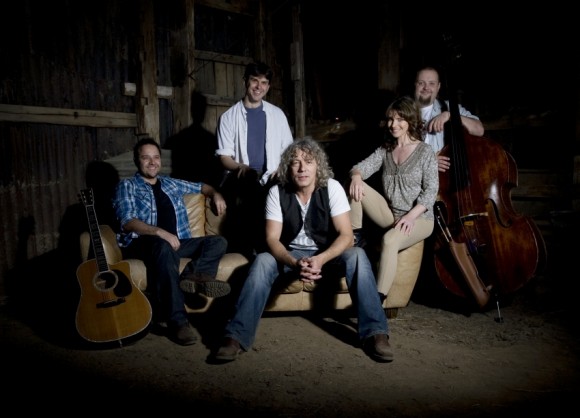 Pig Earth’s music has been described as country /folk crossed with electrified bluegrass. One of the UK’s top original Country Folk bands, they won the “Horizon Act of the Year” category in the 2011 British Country Music Awards.

Pig Earth have performed at venues ranging from the intimate setting of the Half Moon to the big stage at Wembley Arena.  In 2012 they returned to country music festival stages as well as the mainstream Acoustic Festival of Britain. Cross Country magazine “appreciated the superb musicianship of this band” and described them as having “the best sound of the weekend” at Wolvestock. Up Country magazine praised “such talented musicians”, adding that “Pig Earth are to be cherished for their new music and their retention of musical principles and we should all be part of their new world.”

The Chaplins are an award winning Americana band based in Glasgow, Scotland. The brainchild of Jill and Lisa, they formed in 2012 as a project that brought together their musical influences. Shortly after forming they were asked to join Runrig on a tour which saw them playing to audiences across the UK and Europe.
In 2014 they won The Danny Kyle Stage at Celtic Connections and made their National TV debut when they were asked to perform live on BBC1’s Andrew Marr Show.
They are by no means a band singing old time country songs about dogs, heartbreak and front porches. Jill has produced perfectly crafted, meaningful songs with unforgettable melodies and poignant lyrics and with the help of Lisa and Johnny these songs are beautifully brought to life.
For their TwickFolk debut, The Chaplins will be appearing as the core duo of Jill and Lisa. They will be performing songs from their brand new album – The Circus.