One of the finest songwriters working in the UK today, Robb Johnson, who was born in Isleworth, has been called “one of the last genuinely political songwriters”, and is known for his mix of political satire and wit. He has released at least one album annually for over 20 years, as well as playing regular concerts, including benefit gigs and political events.

Robb’s songs feature in the repertoires of a wide variety of musicians, from Roy Bailey to  Barb Jungr. The US’s Dirty Linen called him “a modern-day Dostoyevsky”.  His CD Gentle Men was Mojo’s Folk Album of the Month and The Daily Telegraph’s Folk Album of 1998. “Winter Turns To Spring” was Tony Benn’s favourite song. 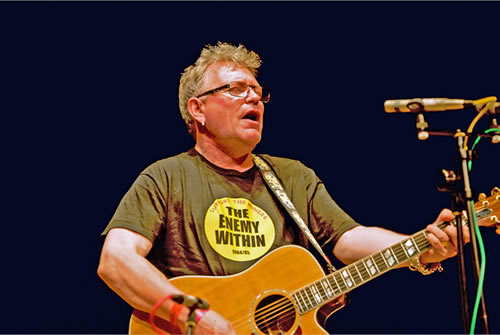 In 1997 Robb wrote the song suite Gentle Men, an ambitious family history of World War I for the Passchendaele Peace Concert. He subsequently toured it successfully in Britain.

His Irregular Records label has facilitated releases by many song-orientated artists, including an album celebrating Jacques Brel that has done much to focus a renewed interest in the chanson genre. He has translated several of Brel’s songs and performed concerts celebrating Brel’s life and work.

Here’s Robb singing “I am Not at War”: 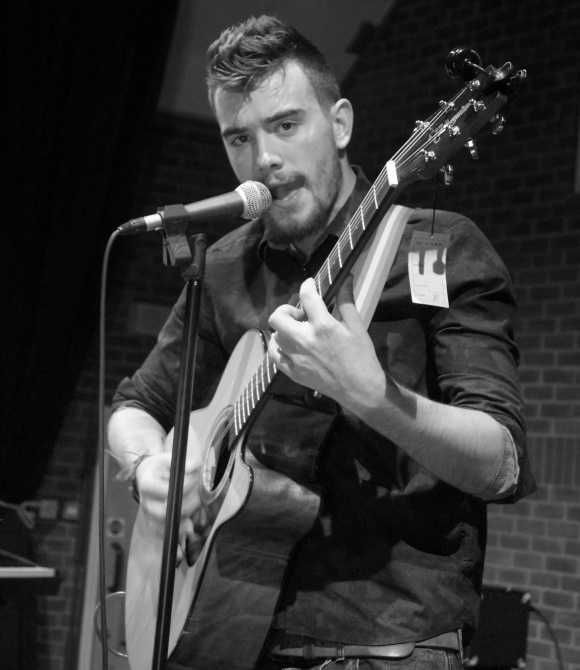 Ed’s infectious musical enthusiasm and personality have impressed audiences throughout the UK and Europe.

In his thought-provoking songs Ed observes and interprets life through creative eyes driven by his Asberger’s Syndrome.

Ed’s debut album The Same But Different was launched in December 2014.