Michael McDermott’s story is the classic tale of survival, perseverance, love and redemption.First came youthful innocence, a dream-come-true recording contract, a classic debut album heralded by the media, and a downward spiral with seemingly no bottom.

Michael got off to a fast start when he released his first album 620 W. Surf. The music media heralded him with comparisons to rock n’ roll’s greats: “The new Springsteen…Truly singular lyrics…Like Dylan”.
Author Stephen King, wrote: “Michael McDermott is one of the best songwriters in the world and possibly the greatest undiscovered rock ‘n’ roll talent of the last 20 years.”

His career followed the classic path of boom and bust.  Between his own self-destruction and the recording industry shakeup that marked the mid-1990s, McDermott found himself without a contract and awash in debt and self-doubt. In the last few years he’s found positive inspiration in his wife and daughter and scarred but smarter, McDermott is making more life-affirming choices.

This year he has released an album with his new band, The Westies – a rootsy Americana band. Michael has chosen TwickFolk for a rare solo show in the UK, making a small diversion on his tour of Germany. 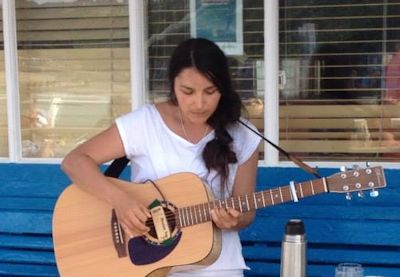 Gemma Khawaja is a Norfolk-based singer/guitarist from the Midlands performing traditional songs of the British Isles and creating songs inspired by folkloric customs, folk poesy & poetry. She was the 2013 winner of Islington Folk Club’s Trad2Mad competition.