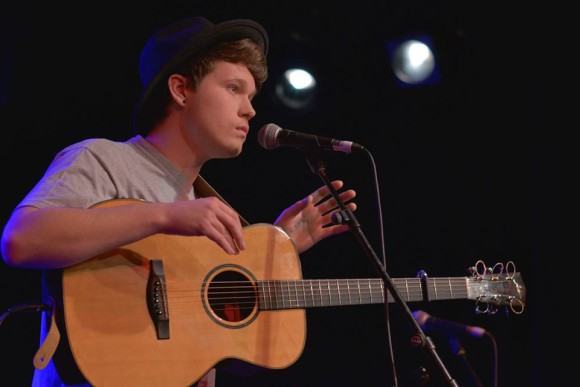 Luke Jackson is a young Roots Singer/Songwriter from Canterbury, Kent, who in 2013 was nominated in the BBC Radio 2 Folk Awards for both the Horizon Award for Best Emerging Talent and The Young Folk Category. With a bold, distinctive voice and a sweet, percussive guitar style, Luke is a confident and captivating live performer. He was also winner of Fatea’s “Male Artist of the Year 2014”
His debut album ‘More Than Boys’ produced by the acclaimed Welsh Singer-Songwriter Martyn Joseph was released in 2012 to great reviews, as was the follow up ‘Fumes and Faith’ in early 2014. Luke remains a prolific songwriter who has released a 7 track trio EP, “This Family Tree” independently in Spring 2015, described by Maverick magazine as “Two words, bloody brilliant” in their 5 star review. Luke plans a further full length album for 2016. 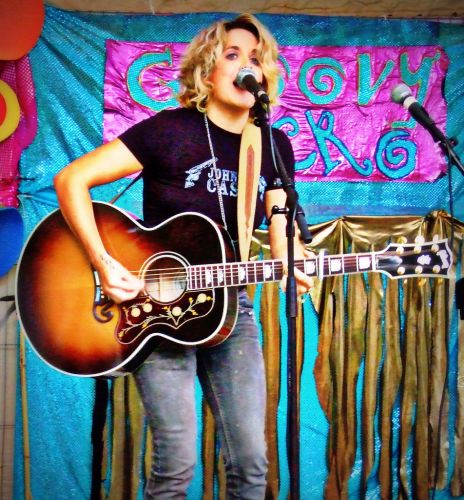 Amy Wadge is one of the UK’s most prolific contemporary songwriters. Over recent years, she has accumulated numerous cuts with emerging artists such as Lewis Watson, Shannon Saunders, and Cyril Hahn. Amy’s most notable success to date comes from her long established writing partnership with Ed Sheeran. Together, they co-wrote his early EP, Songs I Wrote With Amy and a number of other songs including Thinking Out Loud, which went to No. 1 in the UK chart in November 2014 after spending 19 weeks in the Top 40.
Having moved from her home town of Bristol to study in Wales, Amy found herself at the heart of a hugely dynamic music scene, twice winning Best Female Artist at the Welsh Music Awards. Amy toured the length and breadth of the UK, across Europe, in the US and Down Under, releasing five solo albums, various EPs and three collaborative albums with other artists along the way. Amy continues to tour regularly.

Here’s a couple of tunes from Luke’s previous visits to TwickFolk (including a rare not-at-the-Cabbage-Patch evening):


Here’s a couple of songs from Amy on the same evening we had Luke visit: