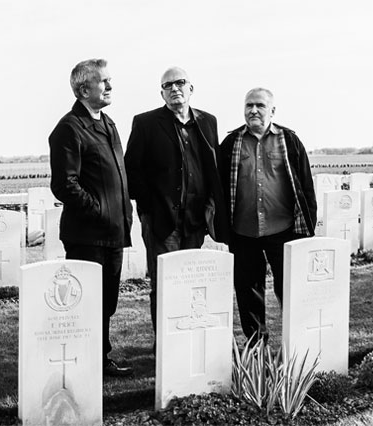 Traditional songs reworked so they shine and strong, original songs with memorable tunes, soaring harmonies and words that strike a chord.

Since their first appearance in 1993, Coope Boyes & Simpson`s powerful and distinctive unaccompanied singing and songwriting have taken English roots into radical new directions. Described as “quite simply the best purveyors of acappella song on these Islands”, their first CD, Funny Old World, was the rock magazine Q`s Roots Album of the Year. Subsequent releases have led to numerous awards and outstanding reviews – the BBC Folk Website simply listed all their albums as recommended listening. Tours have already taken the trio throughout Britain, to the Netherlands, Belgium, Portugal, France and America. “Their voices weave through and bounce off each other with a powerful elegance,” wrote an American reviewer, “it`s nice to know that, even with the numbing array of technology available, the human voice is still one of the most expressive instruments around.”
In the last few years, the trio have focused on the First World War, with their double CD In Flanders Fields.

“As passionate a tour de force of unaccompanied singing as you can imagine.” Mojo

“Inspired. Barbed lyrics, a wide pitch range and thrilling bass sonorities swapped between all three. If there were such a thing as postmodern folk music, this might be it.” The Guardian

“… quite simply the best purveyors of acappella song on these Islands.” Rockn’Reel

In 2013, Coope Boyes and Simpson performed down the road at the Ram Club: 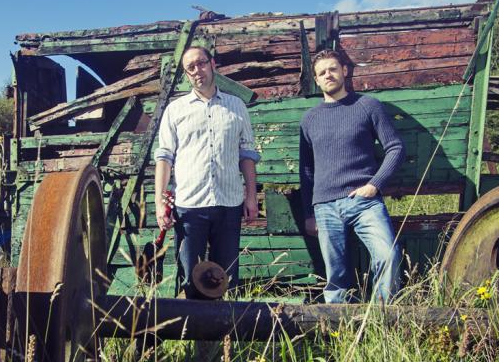 Wilcox:Hulse will be familiar to TwickFolk regulars who were with us in 2007. Gary Wilcox and Phil Hulse have over 17 years’ experience of playing music together. Back then they were two-thirds of established folk-roots act ‘The Queensberry Rules’.

Since 2011, the two have taken on different projects as far-ranging as presenting regular radio programmes to running a personalised song business, but the pull of writing and playing live again never left them, and the result is the new duo of Wilcox:Hulse.

With a unique take on roots music and their trademark strong harmonies, the new batch of songs on the First Born EP are already winning praise on the pairs’ exciting new musical journey!

Here’s a song of theirs from Audley Theatre, Staffordshire, in 2014: